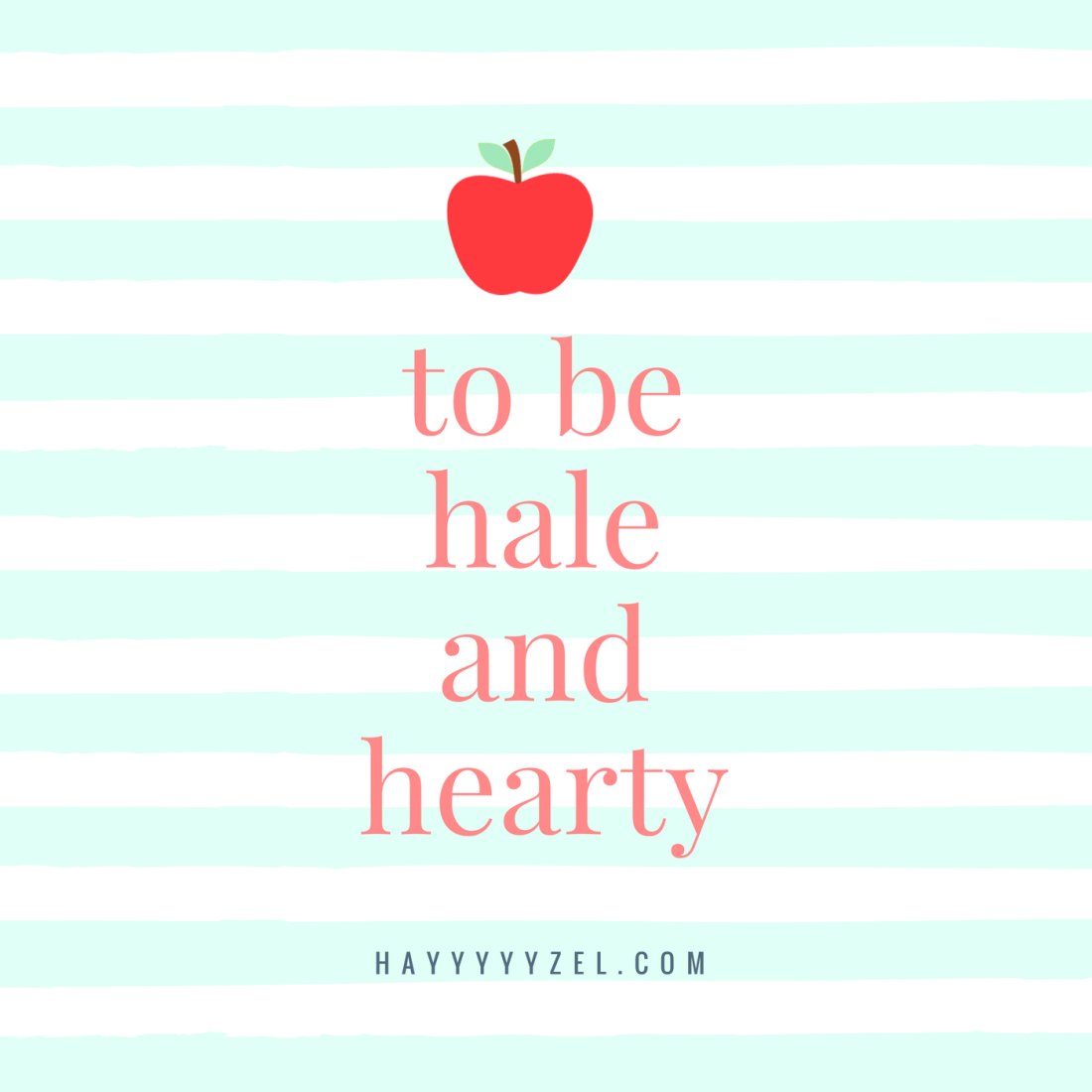 Remember I said I had the list of things I wanted to blog about at some point?

I decided that the first thing I wanted to blog about was my allergic reaction (that is still ongoing).

I even titled it “The Allergen”.

I was halfway through it, and then I just stopped and thought to myself:

WHO ON EARTH CARES ABOUT YOUR ALLERGIC REACTION?

Ya… but I was still about to publish it because I’ve already written half of it (I was getting to the exciting bit…) but I decided something else was more important.

If this were to be the only post you’ll ever read on this space, I hope this post will serve more purpose.

I tend to ramble a lot I apologise.

Okay, so the standard ritual behind every blog post (which typically comes on Saturday night):

I haven’t had much time to process this post though so it’s a little incoherent (as in real-life).

While I was doing my social media hop around, I landed in Dayre – I love that microblogging platform, and I’ve been a silent reader for a really long time. For some reason, there are many doctors there who write about their lives, and it’s always exciting to read about their lives and stories from the wards.

A 30-year-old gentleman had a flare of bad diarrhoea about a fortnight ago and came in with a funny numbness in his feet, the working diagnosis from a peripheral hospital was something called Guillain-Barré Syndrome (rare autoimmune disorder which can cause weakness and numbness in muscles, usually due to prior infection).

However, his findings were very inconsistent with the presumed diagnosis – acute kidney injury, abnormal liver scans (innumerable spots) and chest pains which he complained after lifting weights in the gym – he was bulking up for his wedding in four weeks.

After going through various scans and lab tests, Stage IV Colorectal Cancer was the diagnosis – it has metastasised from the bowels, to the kidneys and liver, and even the bones of his ribs (explaining the chest pain).

The thing is, it’s real life and it is happening right now to this gentleman (and his fiancé) and to so many other people across the world.

2 weeks of diarrhoea turning out to be something else…

Life really hits you in the most unpredictable ways. :-(

It has been a few days since I read this, but I’m still thinking about it and feeling upset and unfair for him.

But what purpose does this serve?

When life hits, you hit back harder.

Being a doctor has been my ambition from a young age.

I’m not going to go all-out personal-statementy on you, but this seems to be incredulous to many many people.

I’ve talked to a couple of friends about it, I’ve talked to adults about this, and some of them seem to think that “saving lives” isn’t a good-enough reason to sustain the passion for medicine. (…which begs the question what is?)

There are seniors (however old) who are extremely jaded, and even my family doctor tells me:

“Wah all these pimples… you’re too stressed, see la, told you not to be a doctor!”

Haha she’s so cute. She’s the seemingly cynical kind of doctor with tough love and only the best for her patients.

What’s left could be a bald and dull potato, but I think what’s most important is what lies between the lungs (….. I mean the heart).

Yes I hear the crickets that was super corny yucks but still true to a certain extent.

Even though there are the doctors do not persuade (read: actively dissuade) others to join the field, you can bet that they are still dedicated to their patients and treat them with the love and respect they deserve.

(I love potatoes by the way. Especially when they’re fried and shoestring thin. But not my doctors.)

I’m on my second year into Medicine, and these two years have mostly been academic work – the foundations have to be firm (regretfully not so firm at this point for me I think), so it’s essential to know the pathophysiology behind everything, all the microorganisms in the world from bacteria to fungi to helminths (one of my favourites is Orientia Tsutsugamushi for its exotic name), corresponding drugs for all conditions (my least favourite is Hydrochlorothiazide because I now associate it with a terrifying encounter with a simulated patient) and not to forget basic anatomy (alongside many other things).

When I was little, I had a bad case of constipation.

This used to be embarrassing as heck for me to share, because EEYER CANNOT POOP!! MY FRIENDS WILL LAUGH AT ME!!

But sharing this now for the greater good okay. And there are plenty of drugs for constipation that I now know exist.

It was a traumatising experience because my pain level shot up to 10 – I was in deeeeeeeeeeeep pain and I couldn’t even move or sit up.

Worried parents sent me to A&E.

If the nine-year-old me knew what I knew today, I would have self-diagnosed appendicitis as well.

But nine-year-old me obviously didn’t, and my dad freaked out when the doctor said “WE GOTTA OPERATE AND REMOVE HER APPENDIX!!”, they ran a couple of tests and ya… (thankfully) anti-climatic: constipation.

I also made an uneventful recovery.

But I can’t say I didn’t bear a tiny grudge towards Ms Young Doctor over the years because she could have removed my adorable little appendix – though its function is questionable.

BUT NOW I KNOW.

I KNOW YOU DIDNT MEAN HARM!!

Moral of the story: be tolerant, forgiving, and poop when you have to

I feel like (read: know that) in the future I’d be the Ms Young Doctor in question but I will promise to work harder and become a good and reliable doc in the future, as much as possible.

I wanted to write this post in the first place because of the little story I shared above.

Medicine is really a combination of both art and science, and it definitely isn’t easy to have a good grasp of both.

In order to be a good doctor, you HAVE to know everything and you HAVE to have soft skills, e.g. breaking bad news and giving enough love to your patients.

But it’s way harder being a caretaker to a patient, especially to a patient you love deeply whose time is running out.

I remember going to the ICU department last year, and we came across a young gentleman who was admitted to the hospital after a car accident. He had a form of intra-cranial bleeding and was not fully conscious/responsive, and he was also unable to move his limbs. I remember his father being there (from work), just sitting there and watching him… and the thing is, this gentleman couldn’t be more than 2 or 3 years older than me. Life is so fragile. I cannot fully empathise with his father of course, but I can only imagine how nerve-wrecking and anxious and worried and upset and heartbroken he must be for his son, who could potentially lose basic functions like communicating and moving around on his own.

I think at the end of the day, I just want to drive across the following points:

I think our (grand)parents are usually reluctant to go for health check-ups and it takes huge amounts of effort for them to see a doctor because they have the magical powers of knowing themselves best, and “nothing is wrong“… And I sure definitely hope so!!

But it’s still important to ensure everybody is in good health – encourage them to go for routine check-ups (mammogram and pap smears for ladies too)!!

While making sure your loved ones are healthy, it’s important to check yourself also.

Dont stress yourself out too much, everything is going okay.

Yes, even if finals is in 5 weeks.

/breathes in and out calmly/

I think you can give your loved ones a little hug tonight. Or tomorrow.

Or do something nice for them.

Or just tell them you love them.

But don’t neglect yourself either!

Love yourself and take care!!

Alright, thanks for reading this post up till here :-)

You’re a special one.

Also, I read the messages you guys left behind on the previous post….

My mum’s answer to that was “tell your parents”.

Okay so heres a little poll for the ones who reached this point.

I’m not expecting (m)any to vote but if you did and clicked “yes”, I’m sure they will appreciate it greatly :-) You’ve committed to this ah!!

P.S. I won’t be sharing my posts on social media all the time, so if you miss me, just come back over the weekends! Hahaha.

Posted by Hazel & filed under Blabberings, Medicine. This post has no comments yet.