I’ve been obsessed with the idea of owning an air fryer for a long time now… think back when it was thrown into the spotlight a few years ago.

And then just last week, thanks to a Qoo10 sale, I manage to snag this Mayer one for $54. 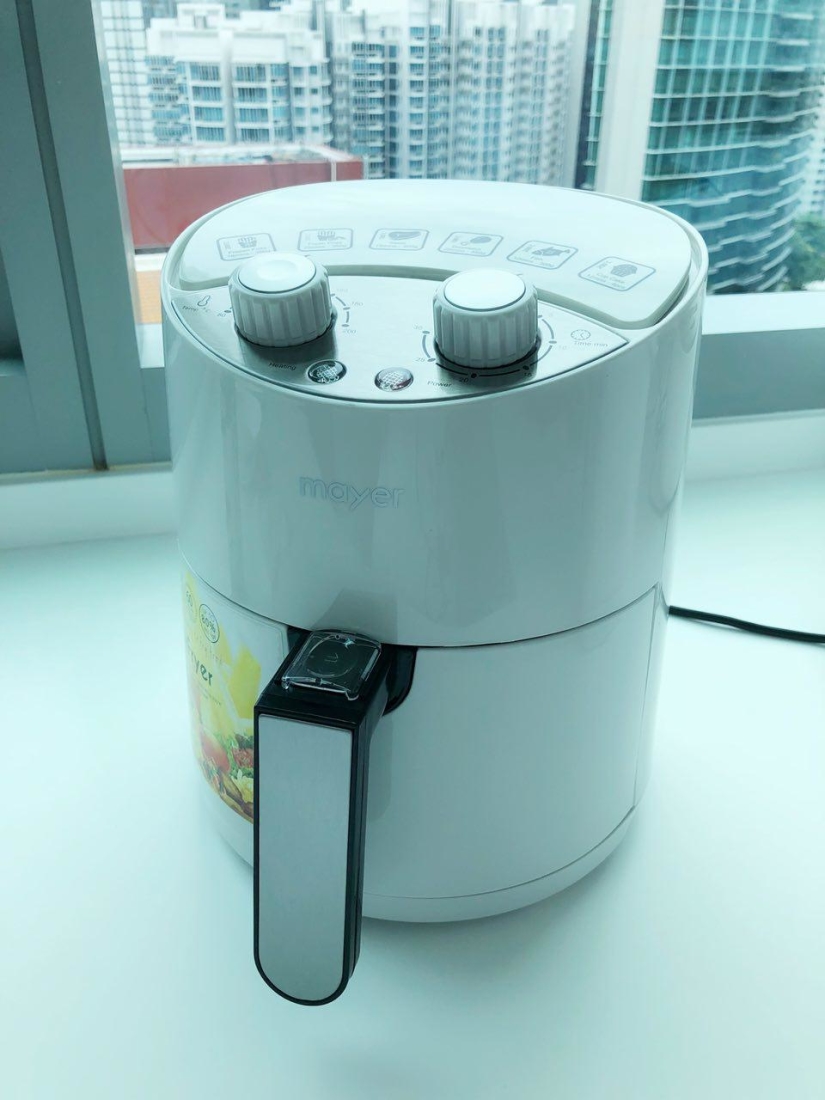 Went through lots of reviews before buying it, and so far so good… chose this over MMAF88 (3.5L!)  simply because it’s white… to match my mother’s aesthetics HAHA.

Definitely can’t beat the strong ones in the market and the family was apprehensive about it tripping the circuit or exploding (…) but yes, none of that happened thankfully.

So I made these babies: 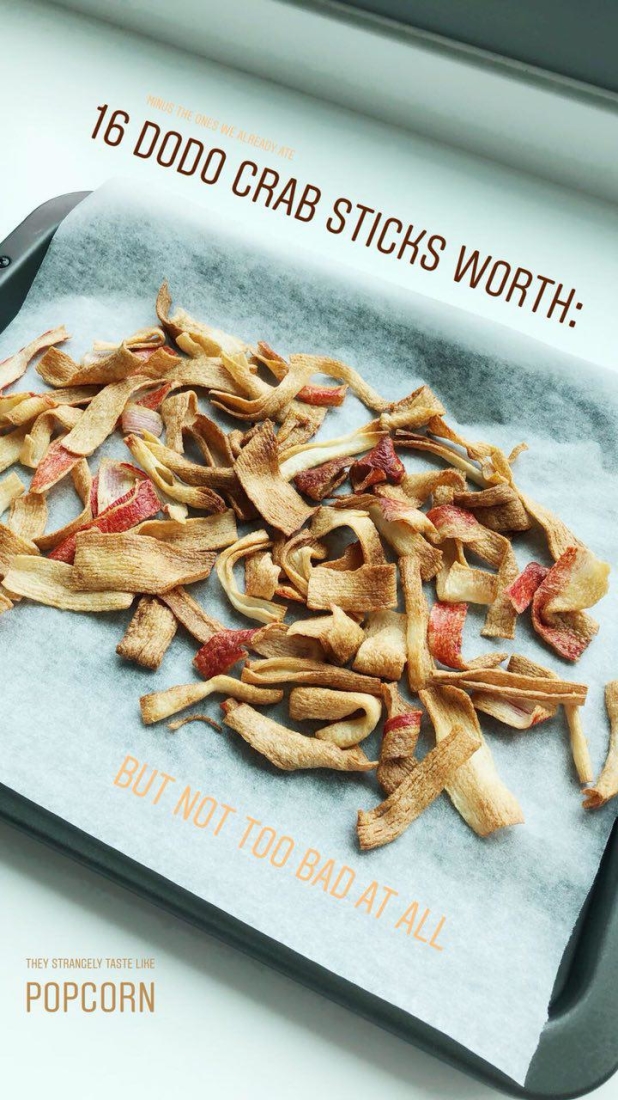 It’s my absolute favourite Chinese New Year snack – I don’t know when it climbed up to the ranks of being a CNY-worthy snack, but I remember first eating them at the COCA Steamboat Restaurant at Ngee Ann City before their relocation (to another unit on the same level).

They’re amazing and once you start, it’s hard to stop.

The preparation is also incredibly simple. I’d say the washing took up the bulk of the time and effort!

It’s not even a recipe so…

1. Get your crabsticks! I read online that the Dodo ones should be the only brand you purchase – ain’t no need for seasoning at all.

2. Roll open your crab sticks! Simply tear them to the width you’d like them to be, be it 0.74893cm or 2cm. If they’re too big they may just roll back up and they wouldn’t fry properly so yes, I would say some tearing is necessary.

If you’re OCD: roll out all the crabsticks, stack them up, cut with a knife. 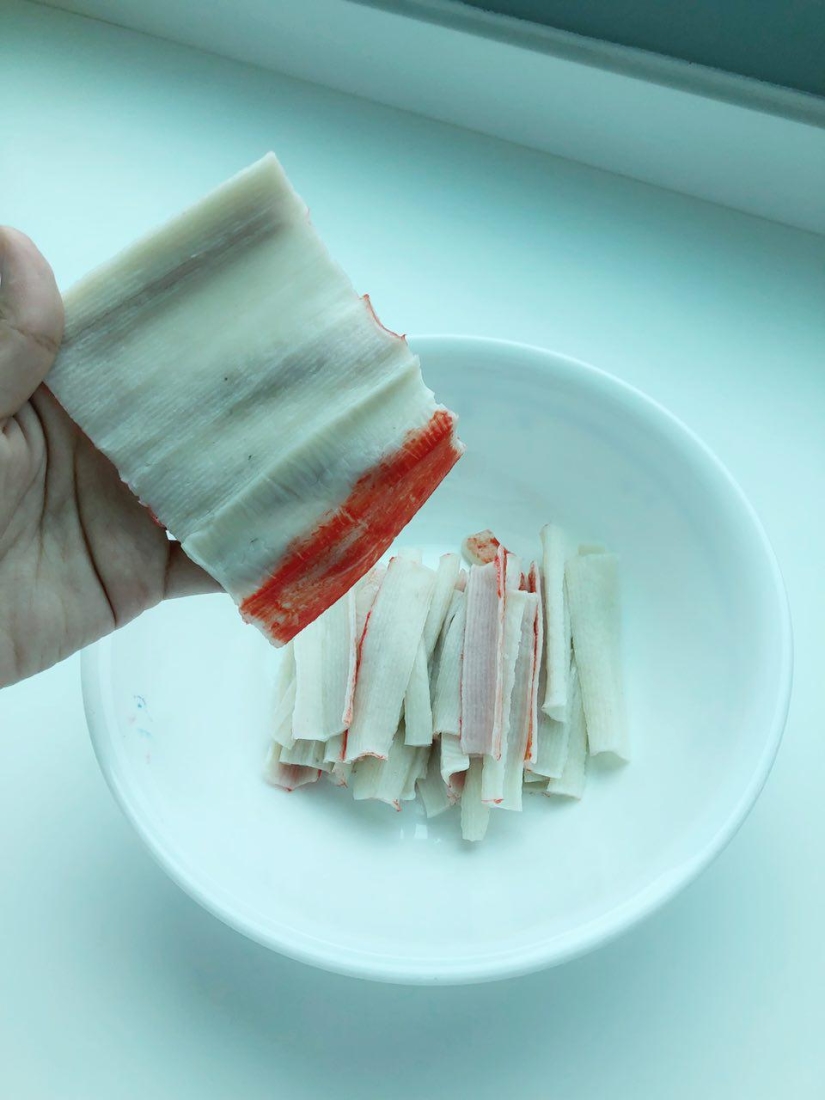 As you can see, mine are terribly uneven.

3. If you intend to fry all 16 crabsticks in a typical packet (I got my crabsticks at $1.95 – it was at a very slight discount at Cold Storage), some recommend splitting them into two batches but some say just dump them all in your air fryer. I think it very much depends on the capacity of your air fryer la so just do whatever appropriate. Better to put less than more.

I urge you to use up the entire packet, instead of keeping half in the fridge for another frying session, because the clean-up is too much effort. You can keep them in a nice little tupperware in the event you cannot finish them in one seating. (This one is difficult.)

4. Preheat your Air Fryer for 5 minutes, at 200 degrees celcius. 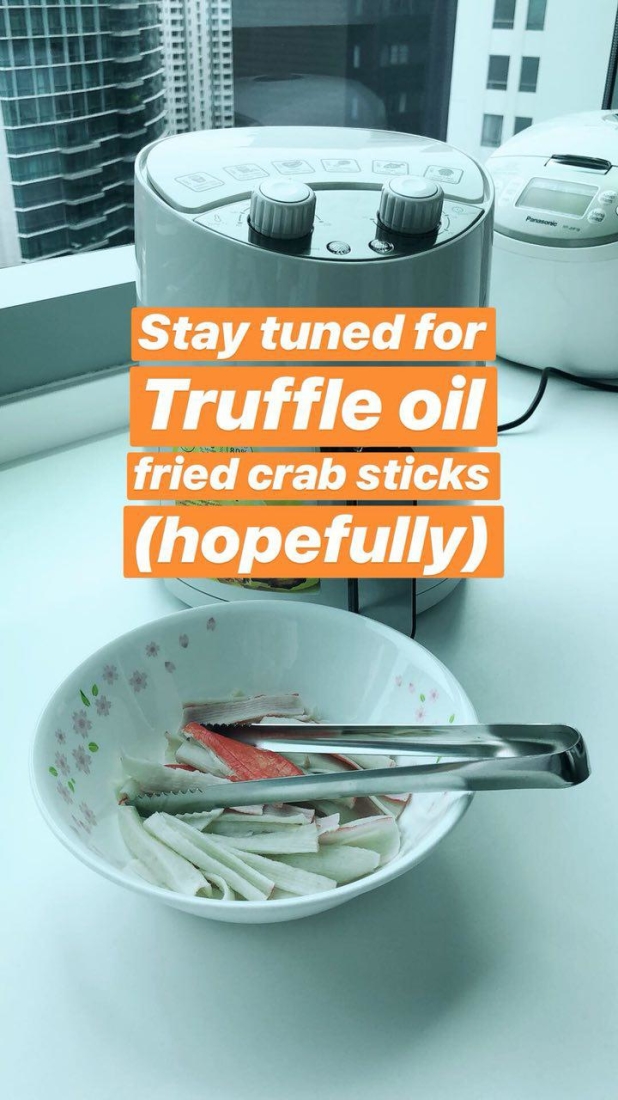 5. When you hear the melodious *ding*, dump all your crab sticks in. Don’t bother arranging them neatly. After you do so, give them a TEENY bit of oil. I know… air fryer… why need oil?! But it’s to prevent them from sticking together. If you appreciate an entire pancake of crab sticks by all means, go ahead!! 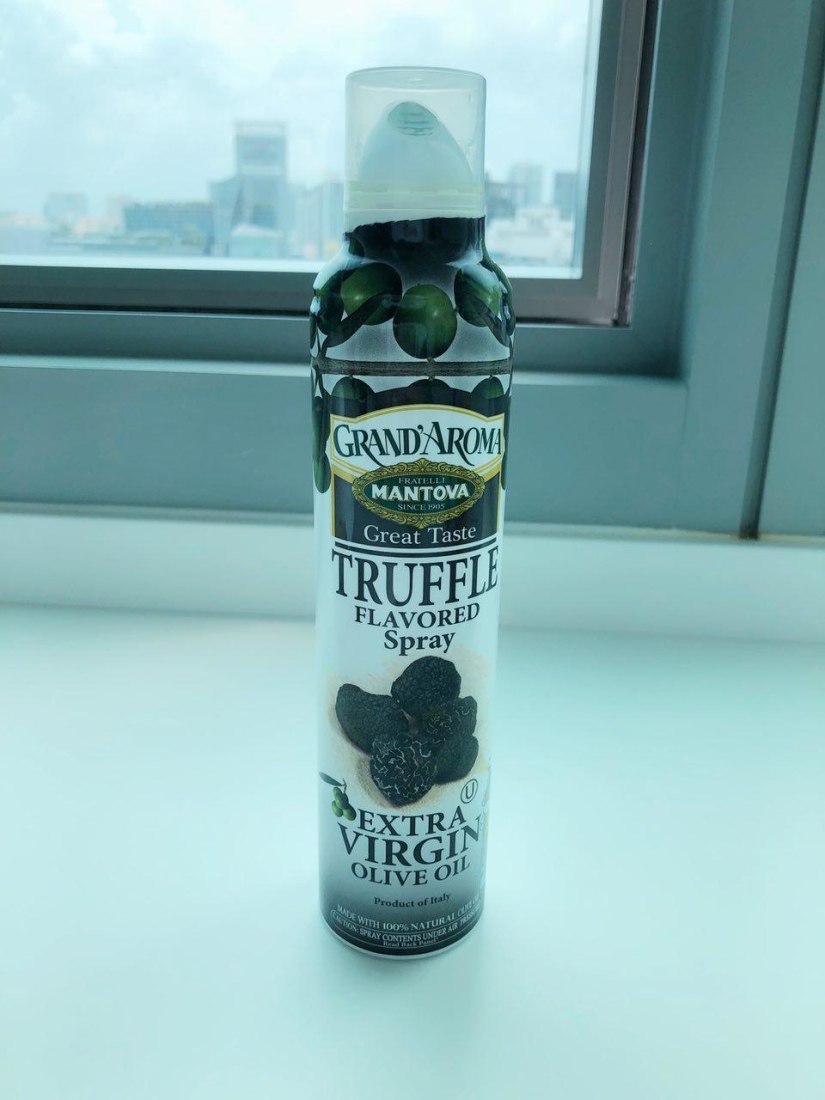 Stuck to my truffle spray-on oil.

If not, a tablespoon of oil will do the trick too.

6. Let your air frying process begin! The recommended time is 10-15 minutes, but I checked on them every 5 minutes to toss and turn them. The first time I checked at the first five-minute mark, I was shocked at how… original they looked. It’s normal. They gotta fry for 10 minutes at least!

Take them out once you see that they’re ready and let them cool for a while.

The thing is, some of them tend to cook faster and some tend to remain a little soggy. 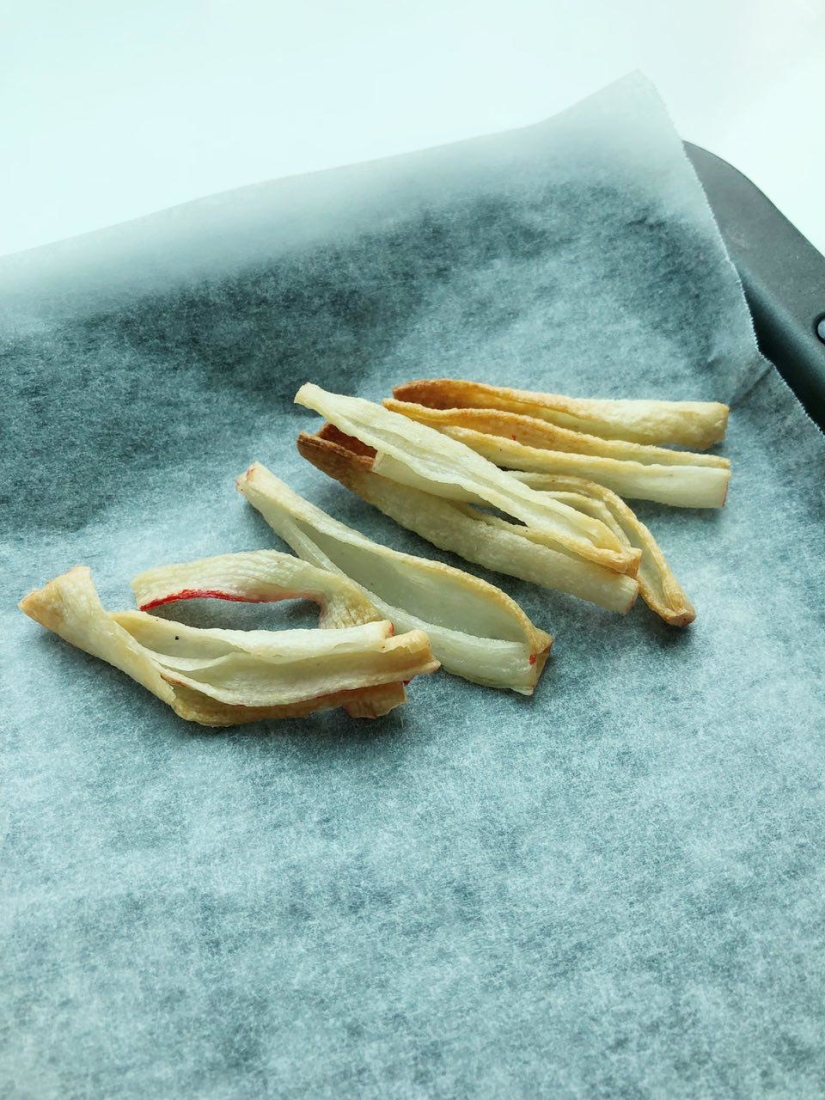 These ones as you can see, have crispy sides, but the middle portions are not fried properly yet and they’re still soft after cooling.

So I popped them in to fry them for another 3-4 minutes.

But my sister gently pointed out:

“Uh $50 for this air fryer… how many bottles of crabsticks can you buy outside?”

But don’t worry I’ll be using the air fryer for other purposes to maximise its usage!! 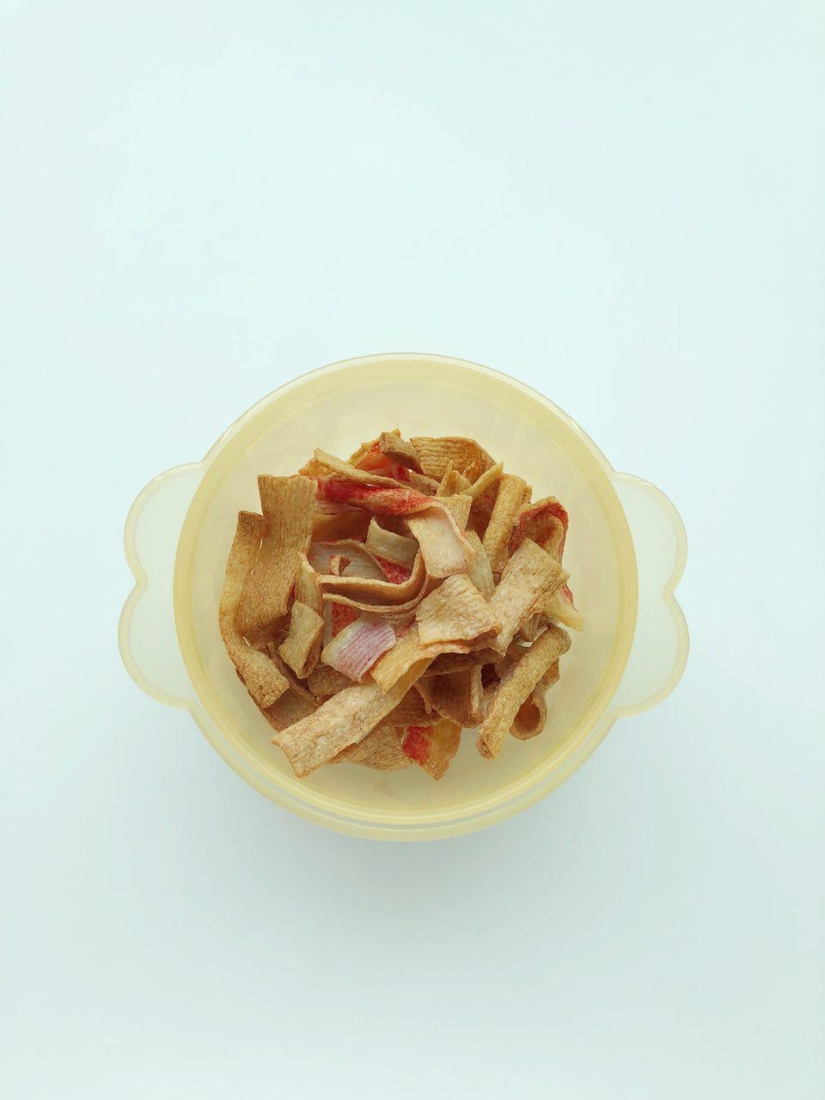 Really love them and they aren’t nearly as oily as the ones outside.

Sometimes when you chomp down on the ones they sell outside, you can feel a wave of oil rushing out… not necessarily disgusting but still!!

And the amount I showed up there (second picture) is 16 crabsticks worth minus the many I’ve eaten la but still around there.

I was actually expecting a mountain but I guess not…

Haha thats it for today!

I really love them all!

Keeping the recipes here also so I’d remember in case I ever forget.

Posted by Hazel & filed under On Food. This post has no comments yet.